Hindmarch & Co Ltd is a true family business established in 1972 by Michael Hindmarch in the beautiful surroundings of Stamford.

Michael's sons Andrew and Richard now both directors, joined the company from school as apprentice mechanics in the early eighties working their way through the business, they were joined by their brother Tim and sister Jane later that decade.

Many of our 40 staff have also been with us since starting as apprentices and so have an extensive knowledge of Peugeot's backed up by factory training.

The head office at Uffington Road Stamford is where you will find Michael and Andrew. The site incorporates a GULF filling station and re-furbished SPAR convenience store to compliment the Sales, Parts, Workshop and Bodyshop.

In 2010 we expanded to take on the Garage at Grantham as a Peugeot authorised repairer and specialising in used Peugeots. With Richard commuting daily to and from Stamford to run the Garage along with his cousin Simon running the aftersales, keeping the Hindmarch ethos running on the Spittlegate level.

At Grantham and Stamford we have the comprehensive range of high quality used vehicles on display from all manufacturers but specialising in Peugeot's, and all are available for test drive.  At Hindmarch we also hold the Peugeot Approved Repairer status and have a well stocked Peugeot parts department. And we are committed to keeping you on the road, as our care doesn't stop when you leave the showroom - we'll look after you and your Peugeot for as long as you own it.

Take a look inside... 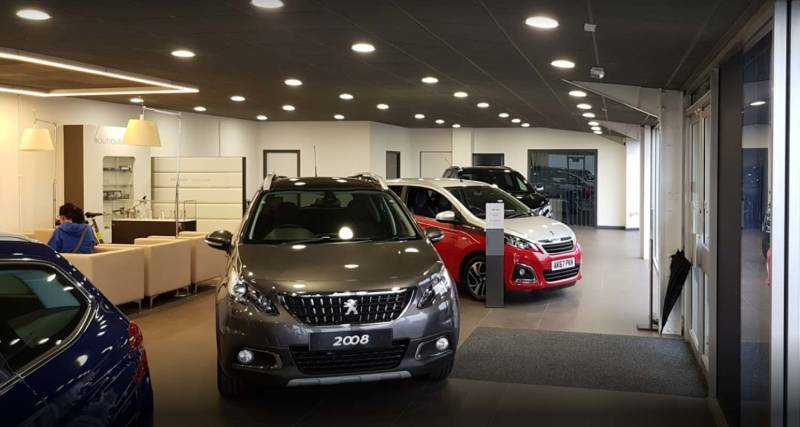